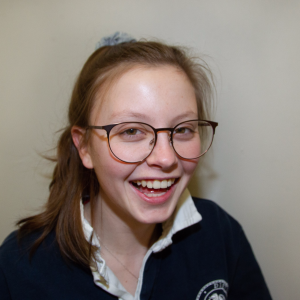 Lead generation has risen rapidly in demand as brands and publishers begin to recognize the importance of strengthening their connection with audiences. In the past, publishers and brands leaned on their social channels, but failed to connect with audiences. To give a direct connection with their users, brands have started email marketing campaigns while publishers send out newsletters and/or email editions of their content. We at Apester found that content engagement elevates lead generation, and have proved it by partnering with a few international brands. Our average is 6X the industry standard increase in lead generation. Take for instance this feedback & lead generation interactive unit located in a financial blog post:

The what: Apester has partnered with one of the top European football leagues and a leading sports brand to allow fans to vote for their league’s dream team.

The Campaign: By utilizing Apester’s Story format, the league built a mobile optimized multiple frame gallery experience with custom made interactive buttons, such as “yes” and “skip” for each player. A novel vertical format, Story is the today’s most growing media format popularized by social networks.

The What: An  international dairy brand launched a new pudding, hoping to create awareness around the new product.

The challenge: Drive as many leads as possible for the launch of the new dairy product

The campaign: Company published a poll across publication’s websites, encouraging people to join a plane ticket lottery with an interactive poll that was  themed around vacation and travel, under the tagline: “how far will you go to taste our new product?”

The what: A lottery company wanted to promote its automation service that allows customers to send more lottery tickets based on their personal preferences, and for a lower price using group bidding.

The campaign: Through an Apester poll, the company asked its users how lucky they have been throughout their life. The poll included a lead generation form, among other forms.

The what: Apester partnered with an online retail service and one of the most prominent technology review publication sites in the UK that specializes in reviewing electronics, audio, phones and visual equipment.

The challenge: Create a new approach to power prestigious annual awards that builds data while collecting subscriptions in an effective way.

The campaign: By applying Apester’s Playlist format to their articles, the partnership was able to reach a wide-range audience with minimal editorial involvement. Through Apester Polls, the campaign engaged audiences through multiple questions, ultimately growing their subscription base.