For the last three weeks, Gett has been featuring World Cup quizzes for thousands of passengers in Israel, testing their knowledge of the tournament, its history, and its football stars that populate the games.

The content experience begins about 15 seconds from the time the driver marks the beginning of drive. At that time, passengers receives a notification, which invites them to test their knowledge with a selection of World Cup quizzes.

Not only is it a great way to make the ride more entertaining and educational, but it also adds more features to Gett’s app and creates a stronger bond between the passenger and the brand.

The partnership is also a window to the way future mobility services will keep their passengers engaged while riding autonomous cars or using ride hailing services.

As the average American spends 25 hours behind the steering wheel every week, or 1,300 hours a year, passengers’ free time on the road is only going to grow as the future approaches. Automotive and entertainment giants are already starting to prepare for the rapid growth, initiating partnerships, such as the one that was signed between Intel and Warner Brothers at the end of 2017.

Apester is an interactive content creation platform that allows thousands of editors, reporters, advertisers, and content marketers around the world to create visual, engaging content across 1,500 publishers and enterprises, such as CNN, CNET, USA Today, CBS, TIME Inc., BBC Worldwide, The Telegraph, Bertelsman, Virgin, FC Barcelona, and the Bundesliga.

Recent special content projects that were run by Apester include Bundesliga and EA’s Team of the Season. The EA project engaged with millions of fans, who chose their ultimate team. Another project is TIME’s 100 most influential people readers’ poll, which allowed TIME’s audience to shape their list of favorite influential people. 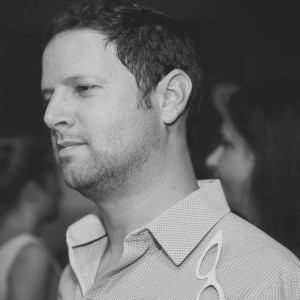