As a wrap up to the summer’s festival season, NME, the world’s biggest standalone music journalism site, surveyed its audience with Apester’s interactive content to learn about their tastes and preferences around music festivals. By surveying more than 5,000 readers, NME was able to assemble the “ultimate music festival”, through learning much more about its audience-favoured headliners, genres, locations, and even weather.

However, the “ultimate music festival” project was the first time NME used several Apester content formats, such as polls, quizzes, and personality tests around a single topic and circulated them on a massive scale using Playlist. The result was a better understanding of the audience, better context in serving the content, and personalization to the reader.

The results showed that Bruno Mars and Lady Gaga were the top contenders for pop headliner (45%, 35% accordingly), but a geo analysis proved a different pattern of votes for various geographies. While voters in the UK and the US chose Bruno Mars, voters in Germany – 48.7% of them – chose Justin Bieber. Voters in New Zealand, meanwhile, picked Lady Gaga, with 48% of users voting for her. An interesting pattern emerged from the rap category as well: while the general vote chose Childish Gambino to be the rapper most wanted to headline (41%), voters in Canada chose Drake (45%) over runner-up Childish Gambino (31%).

In addition to polls inquiring about the audience’s music taste, NME also ran additional Apester formats such as personality tests that gauged which music festival would be a reader’s perfect fit, (“What kind of weather is the perfect festival weather?”, “What’s one thing you can’t go to a festival without?”), and quizzes that tested readers on the headliners for 2018’s music festival season (‘Who did not headline Coachella in 2018?”,  “Which artist headlined Lollapalooza?”). 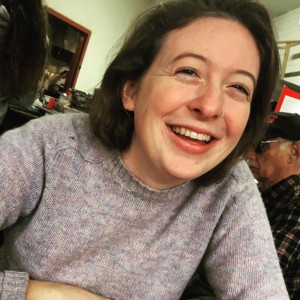 How Apester generated 300 leads in just a few days, for Classic Holidays, an Australian Holiday Club